In 2018, we filmed at Kendal Calling, a four-day medium-sized, award winning, indie festival held in Penrith in the Lake District, shooting the event for the organisers. We decided to hire in some P+S Technik Evolution anamorphic lenses to film with. We hired these from a hire company in London called Shift 4, as well as an Arri LMB-25 three tray matte box and a set of ND straights. This blog discusses our experiences with these lenses. (Note: since 2018, we have hired these lenses multiple timess - they are fantastic!)

What are anamorphic lenses?

Anamorphic lenses are lenses with oval shaped elements that give a "cinematic look".

So, let me break it down as simply as possible. There are generally two types of lenses: spherical and anamorphic. Spherical lenses are what most people will be aware of and use – the glass elements inside the lenses are circular, and they project onto the sensor without affecting aspect ratio. Almost all lenses on the consumer market are spherical lenses. If you have a Canon DSLR, or any DSLR for that matter, with a lens – whether that be the standard 18-55mm kit lens or a Canon L series lens – they will be spherical.

Anamorphic lenses, on the other hand, have oval shaped elements and project a squished, square-like image onto the sensor. As a result, footage shot with anamorphic lenses needs to be “de-squeezed”, meaning the image needs to be stretched out. Anamorphic lenses became popular in the 1950s in the 35mm days as a way of filling up a full 35mm frame. Normally, a spherical lens would only cover about 50% of the frame’s area, whereas an anamorphic would cover 100%. This both improved the image quality and reduced the appearance of grain. More recently however, with the advent of digital sensors, anamorphic lenses have been chosen by directors and cinematographers for their characteristics.

Anamorphic lenses give what many regard as a “cinematic look”. They have an extremely shallow depth of field compared to an equivalent spherical lens with the same focal length. They also flare beautifully giving long, blue streaks of light across the frame – a look that any J. J. Abrams fan will recognise. The bokeh in the background is also elongated, making it appear oval shaped. What’s more, the edges of the frame are often distorted, with a small amount of vignette. This gives an imperfect, unpolished look to the footage which many film makers and cinematographers love, and which can help aid the story-telling process in a film.

Anamorphic lenses, then, make videos appear cinematic which can subconsciously make a project appear to have a larger budget than what was potentially available to a viewer, while also helping to tell aspects of the story through the videos’ look. While the average Joe may not recognise the difference between a spherical and anamorphic lens when watching a film, a budding DP or anyone invested in film making will notice.

Why did we choose to shoot anamorphic for Kendal Calling? 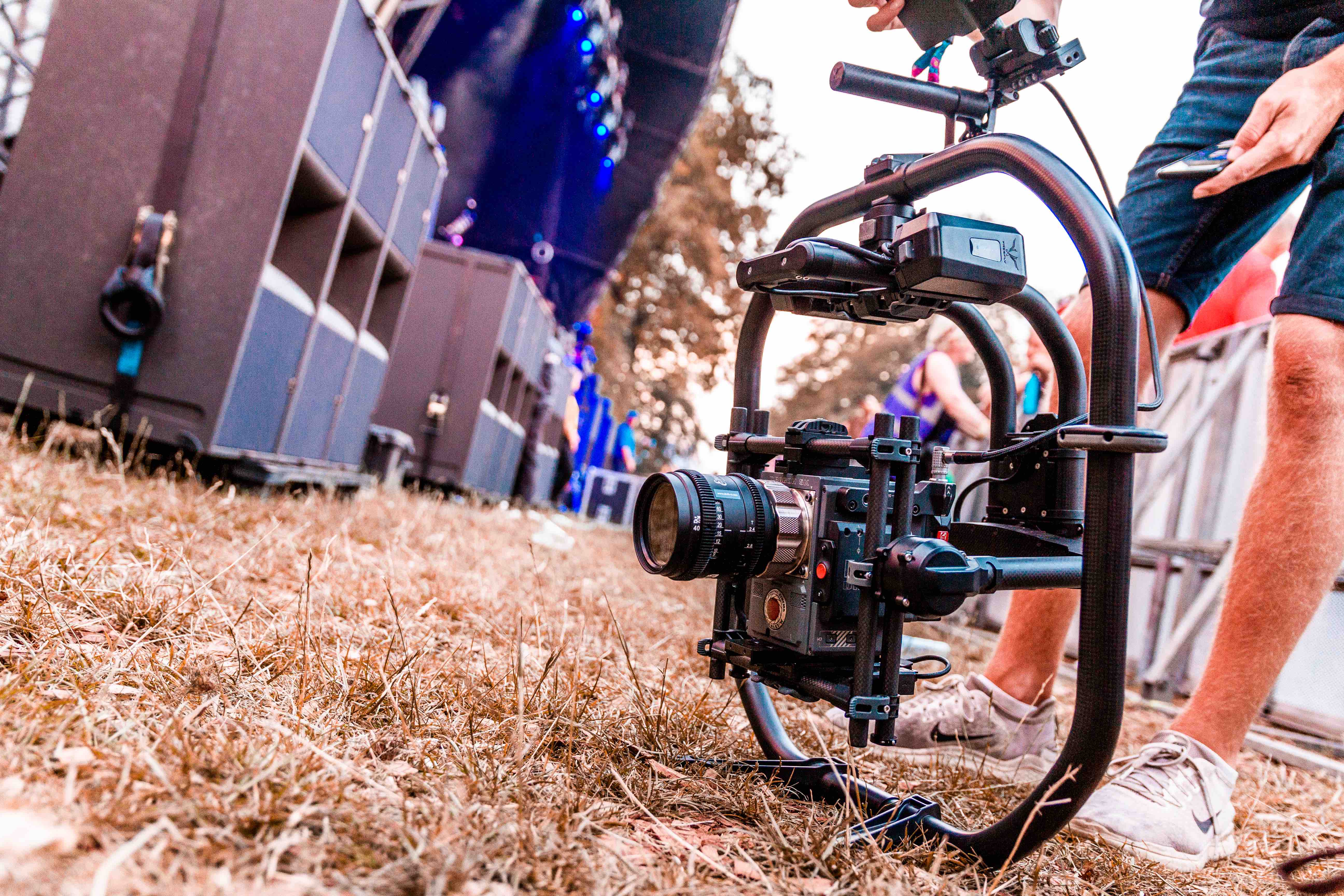 Kendal Calling is an indie festival. It is open to anyone from any age group with activities, artists and attractions to excite families with children, right the way through to teenagers looking to listen to their favourite bands, get drunk and have a good time. It is also located in a beautiful area in the Lake District, a national park in the north of England. These factors meant shooting anamorphic made sense. The lenses give a nostalgic vibe to video footage, something which we really wanted to capture with the festival. It also gave us a reason to step up our production to the next level and produce something that was truly cinematic. Our goal is to always produce beautiful, cinematic videos and using these lenses would help us achieve that goal. Given that this was the first time that I had used anamorphic lenses, or any PL mount prime lenses for that matter, I went into the weekend nervous and unsure if I would be able to use them to their full potential. I was pleasantly surprised.

Our Experience with Anamorphic lenses 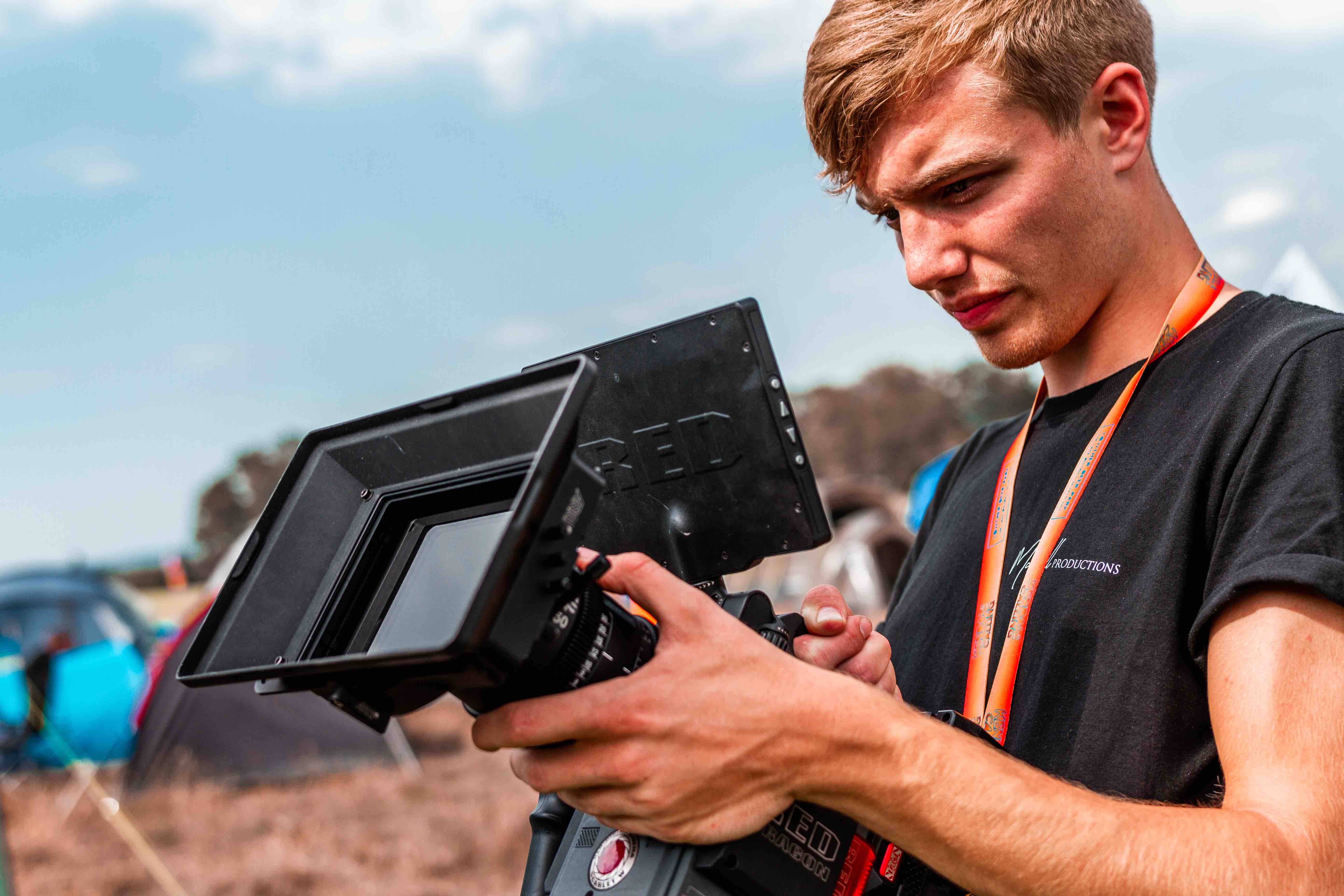 The lenses were incredibly easy to setup and use with my RED Scarlet-w – no different from any other lens setup I’ve used in the past (I was concerned that a PL mount would be more difficult than a normal Canon EF mount – that thought seems ridiculous in hindsight). I found that, while the lenses were heavy, they weren’t unbearable and I was able to move about the festival with relative ease – give or take a small amount of back ache at the end of each day. I also fell in love with the look of these lenses.

Not only did they make my camera look more professional (something that excites me more than anyone else), but the image that they produced was stunning. I found that even the most boring shot could be livened up with a small light flare, adding some quality to the footage. I also adored the way the stage lights produced the infamous light streak across the frame which made the footage appear so much more professional – in my opinion anyway.

While I did notice distortion around the edges, I thought this added a nice touch to the footage and overall I adored and somewhat worshipped the lenses and the image they produced. Additionally, I found that the matte box we had hired was not needed as the variable ND filter that I own (for lenses with a 77mm front diameter) screwed onto the front of the lenses (they have an 80mm front diameter). I did note several things to consider over the weekend, however.

Firstly, the widest focal length we had was a 40mm which was not quite as wide as I would have hoped. That being said, this did not cause any problems and I was able to get what I needed.

Secondly, I found that the 100mm was far too distorted, and some of the initial footage was unusable. Once again, however, I found that stopping the lens down to t/5.6 (f/5.6) generally removed a good amount of the distortion, and I was able to work around this.

Thirdly, given that this was my first time using prime lenses, I found changing focal lengths when in a hurry was laborious, and carrying different lenses around the site in the event that I potentially needed to change focal lengths was tiresome. Again, however, I was able to work around the problem and it didn’t cause any huge issues.

Finally, the price. Anamorphic lenses are generally quite rare and are built to be strong. As a result, they can be incredibly expensive to hire. This often means that they are outside of a client’s budget, and hiring them is beyond question. We were incredibly lucky to be able to work with them for this event, but they ate massively into our budget – more than we expected.

To anyone considering hiring anamorphic lenses, it’s important to consider whether they are the right lenses for your project, whether they fit within your budget, and whether you can get them delivered to you if you cannot collect from the hire company. We were fortunate to get a fantastic deal with a hire company in London called ‘Shift 4’, using ParcelForce as a courier to collect and return the lenses.

Overall, my experience with the P+S Technik Evolutions was a brilliant one and I’m incredibly excited to use them again in the future. They add a certain quality to your videos that is not possible with spherical lenses. If you’re thinking about hiring anamorphic lenses for your project, consider whether they are the right lens choice for you and if you can work them into your budget. If you can, I hope your experience with them is as positive as mine.

SEE OUR RECENT ARTICLES
3-1-5: Expand Your World
"All About The Natural" Case Study
RED Cameras Set a New Standard in Cinema. Here’s How!